Before placing your order online kindly email us to contact@hostmine.uk or via contact form to know the latest prices, stock and discounts available.

For most people, the concept of crypto-assets, their generation and trading is about the creation and distribution of wealth, via a global financial system free of boundaries imposed by regular worldwide banking and the traditional machinery of money.

But at HOSTMINE, we’re looking at the structure of the crypto-asset universe from new and different perspectives. We’re asking ourselves: how can that structure be used to improve the way the world works? What can it do to help us meet the challenges of the future? How can it be shaped and used to benefit all individuals?

As a primary example of how the structure of the crypto-asset universe could be used to benefit the world and its people, we’ve been looking at a country we know very well – India. The Sub-Continent is emerging as a global player in electricity generation, transmission and storage – but what it needs is an efficient, effective decentralised control and distribution system that can handle energy in such a manner as to maximise its potential.

At HOSTMINE, we believe that the blockchain (which is at the heart of the crypto-asset universe) can act as that much-needed decentralised control and distribution system – and we’re confident that the blockchain can help India to marshal, control and distribute its energy resources in new and exciting ways which will benefit the entire nation – and the world that lies beyond it.

The Indian government has set a target that 30% of all vehicles in India should be battery-operated Electric Vehicles (EVs) by 2030; but to achieve this will require strong incentives for their manufacture, sale, and usage. Major current barriers to uptake include high cost of usage, low vehicle range, and the rarity of charging station battery-charging facilities.

The blockchain could help to address these challenges: linked up to the fast-emerging and hugely powerful Internet of Things (IoT), the blockchain could store vital information about every EV battery used in India – facts such as battery age, previous treatment and other vital information. This could help to eliminate the possibility of misrepresentation of facts about the battery that might increase price or lower cost of usage.

The blockchain could also store information about the sources of energy used to charge each battery – which could guide users towards using renewable energy sources for charging. Furthermore, the ‘smart contract’ feature of the blockchain would allow for more efficient battery-swapping at charging stations, with the cost of each battery-swap being based on the blockchain-stored attributes of the individual battery that needs to be replaced.

India currently faces the dual problem of poor access to energy, plus a high proportion of that energy being generated by fossil fuel. As of 2016, 13 percent of the Indian population had no access to energy; and right now, India’s central electricity grid (which powers most Indian households) is still mostly fossil fuel-driven, with this percentage predicted to remain above 50% up to 2040.

Renewable energy-driven micro-grids have been suggested as a possible means of solving the dual issues of poor energy access and a high fossil fuel content within the energy mix. Micro-grids would be particularly valuable in areas with no grid connectivity – and, as the central grid continues to expand, micro-grids could interface with the central grid through mechanisms such as Power Purchase Agreements (PPAs). These would help to increase the amount of renewable energy in the overall mix, and would also allow conscientious consumers to choose the energy of their preference.

In India’s current energy market, there are many different authorities and intermediaries responsible for a variety of processes such as: registering assets; verifying asset renewability; measuring production, and creating Renewable Energy Certificates.

Many energy buyers are simply not dealing directly with specific generation assets – instead they approach brokers or intermediaries. Different authorities are responsible for reporting, for verification, for preventing processes such as double-counting – and for making sure that once a credit is claimed, it is then retired and so cannot be traded, sold or claimed against.

The challenges outlined above are many and complex – but they can be addressed – and at HOSTMINE, we believe that the blockchain can help make significant improvements in Indian energy – and many other market sectors – through a well-planned programme of research and development.

As a world leader in crypto-assets, we at HOSTMINE also want to be in the vanguard of blockchain research and development in India. So our proposal is to establish an initial blockchain R & D unit in India at a cost to HOSTMINE of around £1.5 million. This would be invested in phases over a period of time, and would cover the establishment of a data centre facility creating between twenty and thirty direct jobs, and providing between 150 and 200 indirect jobs in terms of labour deployment, transportation and construction.

This HOSTMINE blockchain research programme would help to generate a core group of new and highly talented individuals who could support India as a future leader in blockchain-based technology. Our programme would also deliver basic technical education to local communities and to groups, educating them, in simple lay terms, about the benefits and features of the blockchain.

Our research contribution would also provide opportunities for the generation of entirely new blockchain-related technologies in India – and it’s encouraging to know that  future servers for maintaining and running blockchain networks can already  be manufactured in India, for onward sale to world markets.

With the backing of HOSTMINE, India would become a mass supplier of hardware, software and human skills in blockchain-based products and technology. These would be used for many purposes, not least to enrich the Indian energy industry by addressing the challenges set out in this article. More than that though, HOSTMINE-sponsored blockchain programmes and initiatives could be successfully applied to countless other India-based market sectors, both established and emergent – adding up to immeasurable improvements to Indian people’s lives, to the Indian economy, and to the well-being of the entire Sub-Continent. 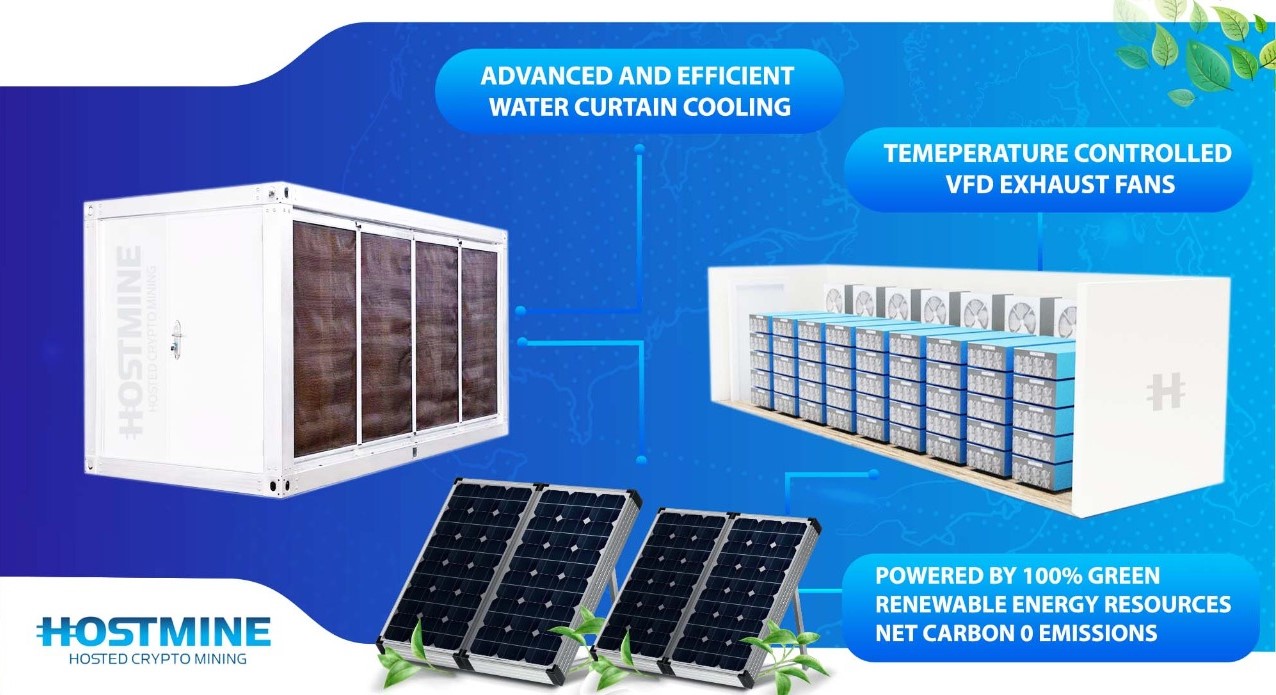